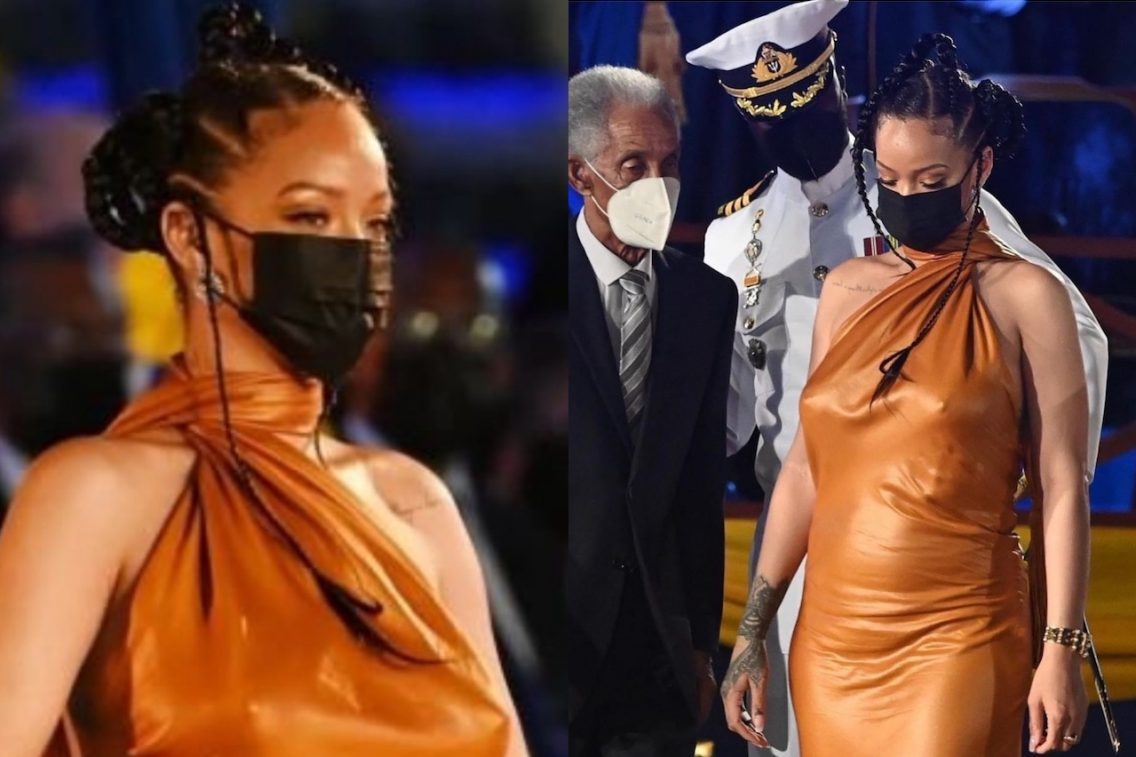 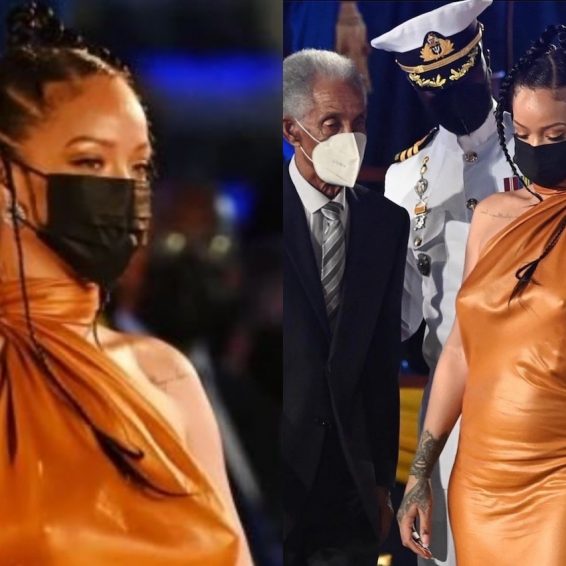 A$AP Rocky trends on Twitter amid new speculations that Rihanna is pregnant with the couple’s first child.

The artist and billionaire businesswoman is reportedly pregnant with her first child for her partner A$AP Rocky. On Monday night, Rihanna was conferred the honorary title of National Hero of Barbados as her island home transitioned from a former British colony to a republic.

All eyes were on Rihanna amid the celebration in Bridgetown, Barbados, and quite a few social media users suggested that their trained eyes could see that the 33-year old Billionaire is pregnant.

However, pregnancy rumor seems to haunt Rihanna throughout her music and fashion career as she gains and loses weight. It appears that it might be true as some users say that the singer has a visibly pregnant belly in her dress.

Some fans also speculated that Nicki Minaj had hinted at it when she was visited by Rihanna and A$AP Rocky back in September this year. At the time, Minaj had shared a photo with her and Kenneth Petty along with their baby boy and Rihanna and Rocky sitting next to them. At the time, she had also captioned the photo speaking about “family ties,” which is now edited.

Some fans sought to make a connection with Rihanna being pregnant in the recent photos and Minaj’s now edited September post.

“We knew it the pic w Niki said it,” one fan said.

“I mean, she did look a lil plumper than usual in the midsection in her recent video in Barbados,” another said in reaction to the rumor.

Another added, “her nose has been spreading.”

Meanwhile, other fans were skeptical as in the past there have been rumors that Rihanna was expecting, but of course, it wasn’t true because time would tell something like that.

In 2019 Rihanna, clearly amused, replied to the rumors.

“I don’t think about stuff like that. But, I don’t know… God’s plan,” she said. “I look forward to all of the pregnancy rumors after this interview.”

Rihanna and A$AP Rocky were friends and became lovers around the beginning of 2021. Since then, the two have had a blossoming romance as they go on whirlwind dates, all while he focuses on music and she focuses on her fashion empire.

Rocky, clearly in love with the island beauty, has said she is the “love of my life.” Rocky also has Bajan roots as his father is Bajan. The two have been seen in public being affectionate and clearly in love.

Neither of them addressed the new rumors.