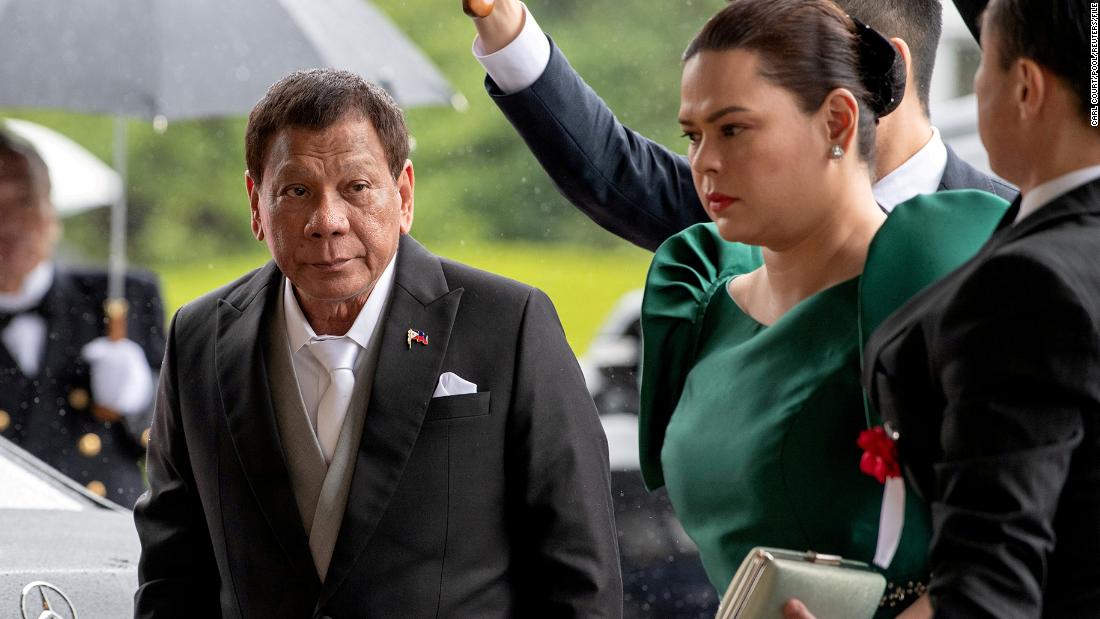 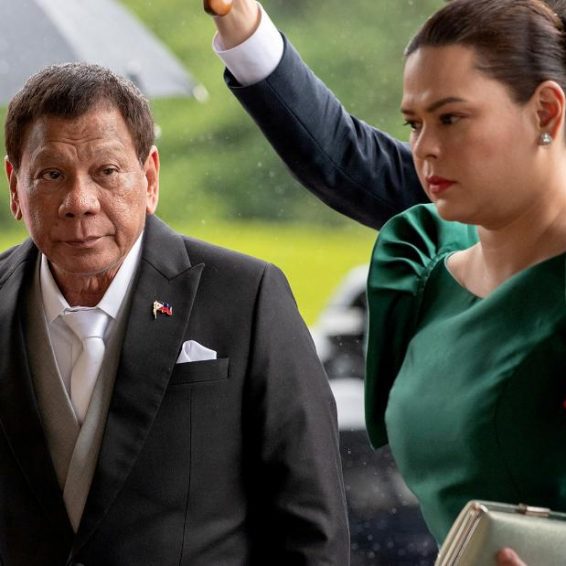 2 weeks ago·1 min read
ShareTweetPinShare
Home
World News
Duterte’s daughter joins Marcos Jr. as running mate in Philippine presidential election
The content originally appeared on: CNN
Sara Duterte-Carpio, 43, who is seeking the vice-presidency announced in a video message her intent to run on the same ticket as Marcos, the latest twist in the Philippines’ political drama that has gripped the country.
“My party allied with and asked for support for Bongbong Marcos and for me after I accepted your challenge and your call,” Duterte-Carpio told her supporters, referring to 64-year-old Marcos by his nickname.
Marcos, the son and namesake of the late dictator who was toppled in a 1986 uprising, also issued a statement announcing he was teaming up with Duterte-Carpio.
“We and our parties agreed that we will pursue a unifying leadership should we be fortunate to win the election on May 9, 2022,” he said in a statement.
Read More
In the Philippines, the President and vice president are elected separately.
The alliance would be formidable and a boon for both campaigns, analysts have said, with Marcos able to tap the huge support base of the Dutertes in the south, and Duterte-Carpio likely to gain from the Marcos dynasty’s decades of dominance in its northern stronghold.
A dictator’s son. A former actor. A champion boxer. Inside the manic race to replace Duterte as the Philippines’ leader
“I know that this fight is long and hard, but I am confident you will join and help me until the end, until we win this for our beloved country,” Duterte-Carpio, who is mayor of Davao, said. “If not for your outpouring of support, I would be out of this race”.
Experts say Marcos has emerged as the frontrunner due to Duterte-Carpio’s decision not to run against him, after she led opinion polls on preferred presidential candidates throughout the year.
Because they are both popular, political observers have said that a Marcos and Duterte-Carpio tandem would be the team to beat in next year’s election toc succeed Duterte, who is barred by the Constitution from seeking re-election.
A survey by pollster, the Social Weather Station conducted between October 20-23, showed Marcos with a commanding lead over rivals incumbent Vice President Leni Robredo, Manila mayor Francisco Domagoso and boxing legend Manny Pacquiao.
The poll did not include Christopher “Bong” Go, Duterte’s closest aide and chosen successor, who only joined the presidential race on Saturday.