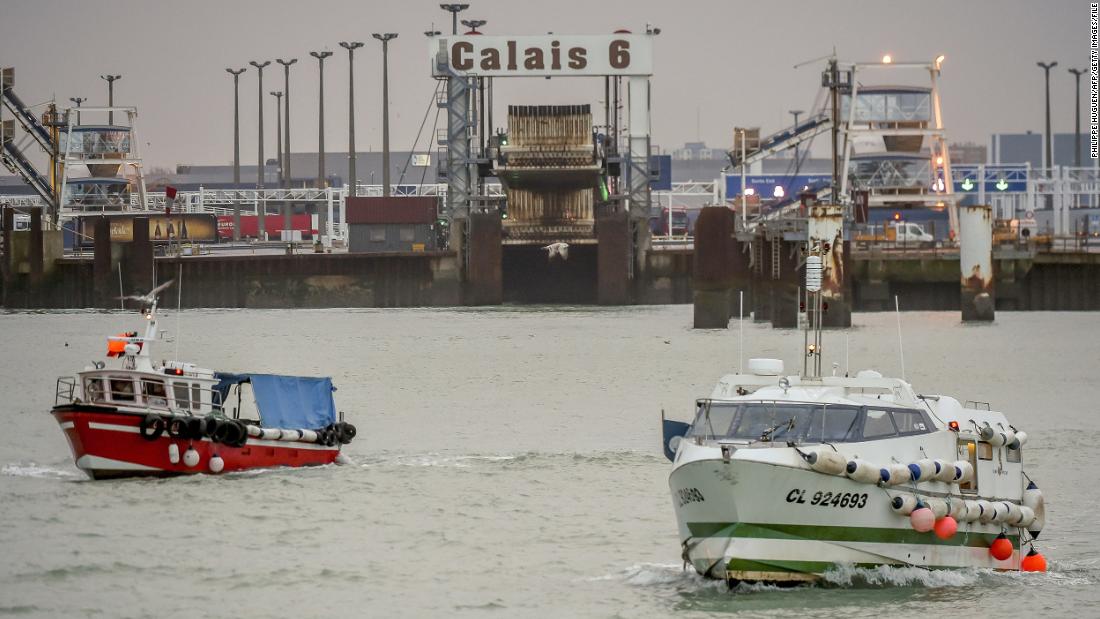 6 days ago·1 min read
ShareTweetPinShare
Home
World News
French fishermen threaten to block Channel Tunnel, ports in protest over fishing licenses
The content originally appeared on: CNN
A post on Thursday from a fishermen’s group on Facebook said they would block ferries in Saint-Malo, Calais and Ouistreham “to denounce the conditions of the Brexit deal and its consequences on fishermen.”
The head of a fishermen’s association told CNN that a protest would start at 1 p.m. local time in Ouistreham and that 15 boats would block the port in the area. He said other groups would be blocking two other areas.
The fishermen said they were sending “a warning” to demand the rapid granting by the UK of post-Brexit fishing licenses.
“We don’t want handouts, we just want our licenses back. The UK must abide by the post-Brexit deal. Too many fishermen are still in the dark,” declared Gerard Romiti, the president of the national committee for maritime fisheries, according to CNN affiliate BFMTV.
France summons captain of seized British fishing boat to court as UK warns ‘two can play that game’
Read More
The fishermen’s association told an online news conference that a large number of vehicles would be used to block access to the Eurotunnel, which is used to move goods by rail between Britain and France, according to Reuters.
The UK government responded Thursday saying it was “disappointed” by threats of protests by French fishermen.
“We look to the French authorities to ensure that there are no illegal actions and trade is not affected,” a Downing Street spokesperson said. “We have licensed nearly 1,700 EU vessels overall; our approach to licensing has been reasonable and fully in line with our commitments in the Trade and Cooperation Agreement (TCA).
“We continue to work with the Commission and the French authorities and will consider any further evidence provided to support remaining license applications.”
The protests represent the latest round of tensions in a long-running dispute between the UK and France over the rights of French and British vessels to fish in each country’s waters following Brexit.