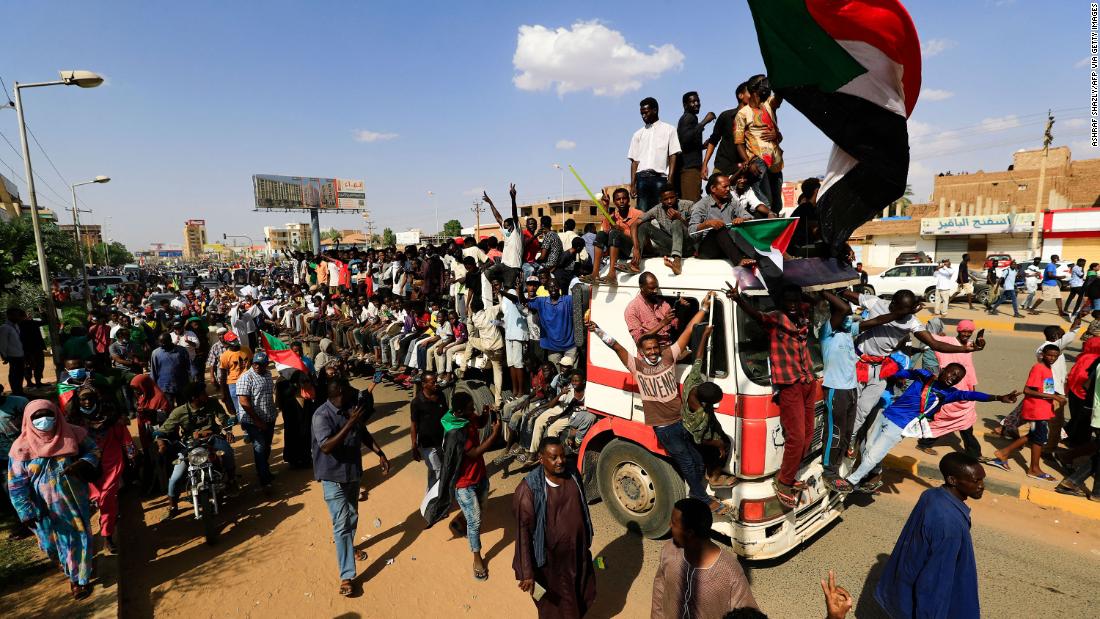 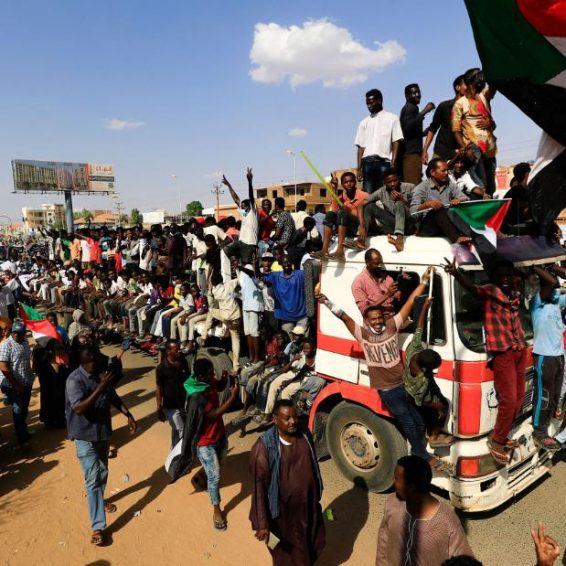 Huge crowds march in Sudan in support of civilian rule

1 month ago·1 min read
ShareTweetPinShare
Home
World News
Huge crowds march in Sudan in support of civilian rule
The content originally appeared on: CNN
Demonstrators marched through the streets of the capital, Khartoum, chanting anti-military slogans and waving flags. Pro-civilian protests were also held in other Sudanese cities Thursday, Reuters news agency reported.
Military and civilian groups have been sharing power in the east African country in an uneasy alliance, dubbed the Sovereign Council, since the toppling of long-standing President Omar al-Bashir in 2019.
These protests were organized in response to another group of demonstrators who have staged a sit-in at the Presidential Palace since Saturday calling for the Sudanese military to dissolve the government and assume power.
Sudan protesters call for military coup as political crisis deepens
Mohamed Al Fekki, a civilian leader, told CNN that pro-civilian protesters were calling for the preservation of the democratic transition and the values of the revolution that were gained after the 2019 uprising.
Read More
“We are all moving to support a democratic transition and to deliver an elected government [to the people],” he said.
The military headquarters were cordoned off from the protests, but little security was observed among the protesters, a CNN reporter said. Trucks carrying protesters arrived in the Freedom Square in the capital.
Plumes of smoke could be seen as protesters burned tires and waved Sudanese flags, Reuters reported.
The protests took place on the anniversary of the country’s 1964 October Revolution and were preceded by days of smaller neighborhood protests, the news agency said. The military says it is committed to the transition to democracy and elections at the end of 2023.
A military coup d’etat attempt failed in Sudan in late September and most of the involved officers were arrested, further straining the shaky transition coalition.
“We encourage demonstrators to be peaceful and remind them of the strong US support for Sudan’s democratic transition,” the US Embassy in Khartoum tweeted Wednesday, ahead of the protests.