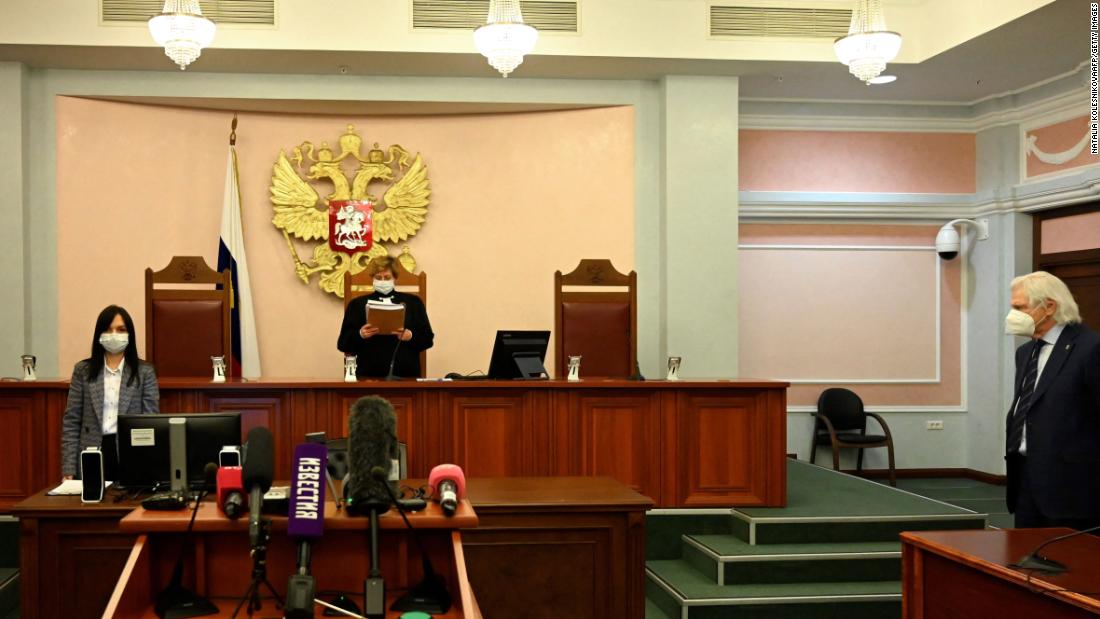 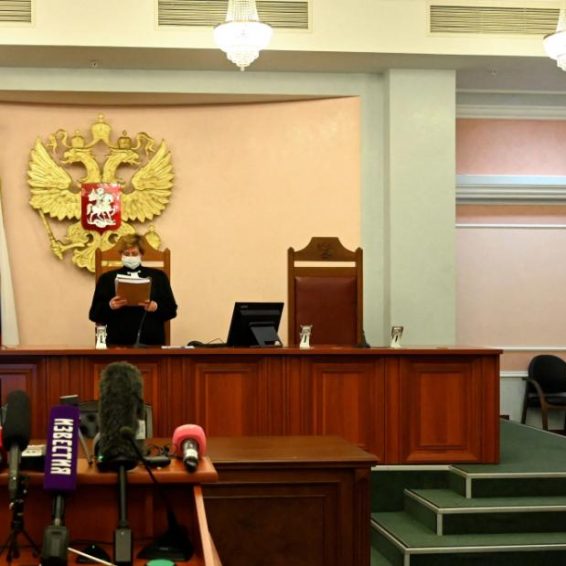 Moscow (CNN)Russia’s Supreme Court on Tuesday ordered the closure of Memorial International, one of the country’s most respected human rights organizations, wiping out three decades of work to expose the abuses and atrocities of the Stalinist era.

The court ruled that Memorial International had fallen afoul of Russia’s “foreign agent” law. But the group said the real reason for the shutdown was that authorities did not approve of its work.
The ruling is the latest blow to Russia’s hollowed-out civil society organizations, which have gradually fallen victim to Putin’s authoritarian regime.
Videos posted on social media showed Memorial supporters shouting, “Shame, shame!” in the court’s hallways and at the entrance to the building shortly after the ruling. Seven people were detained outside the courthouse following the proceedings, according to independent monitoring group OVD-Info. The organization said three of them are believed to be instigators whose sole aim was to cause havoc, not support Memorial.
Memorial International’s lawyer, Tatiana Glushkova, confirmed the ruling to CNN and said the group would appeal the decision. “The real reason for Memorial’s closure is that the prosecutor’s office doesn’t like Memorial’s work rehabilitating the victims of Soviet terror,” Glushkova told CNN.
Read More
The Prosecutor General’s Office of Russia requested Memorial International be liquidated in November. The group was accused of repeatedly breaking the law for failing to mark all its publications with a compulsory “foreign agent” warning. The Justice Ministry had designated the group a foreign agent in 2016, using a law targeting organizations receiving international funding.
A Memorial supporter is seen with law enforcement officers outside the Russian Supreme Court.
Memorial’s representatives argued there were no legal grounds for the group’s closure, and critics say the Russian government targeted Memorial for political reasons.
Oleg Orlov, a member of Memorial International’s board, said the court’s decision was “purely ideological” and “a demonstrative, blatant, illegal decision.”
“Allegedly, we do not assess the Soviet Union and Soviet history the right way. But this is our assessment, we have the right to do it,” Orlov told CNN.
The group was founded in the late 1980s as the Soviet Union collapsed, dedicated to studying and exposing abuses of the Stalinist era and supporting victims and their families. One of the group’s co-founders was Nobel Peace Prize winner Andrei Sakharov, who went on to be the first honorary chairman of the Memorial Society.
Amnesty International called the decision “a grave insult to victims of the Russian Gulag.”
“International Memorial is a highly respected human rights organization that has worked tirelessly to document the atrocities and political repression carried out under the rule of Joseph Stalin and other Soviet leaders,” the rights group said in a statement. “By closing down the organization, Russian authorities trample on the memory of millions of victims lost to the Gulag.”
Memorial International’s sister organization, the Memorial Human Rights Center, is facing a similar challenge. Prosecutors in Moscow charged the group with justifying terrorism and extremism in its publications. A case on its closure is before the Moscow City Court and its next hearing is scheduled for Wednesday.
Putin blames the West for growing tensions during end-of-year news conference
The Memorial Human Rights Center is a separate legal entity that focuses on oppression in modern Russia. It was labeled a foreign agent in 2014, according to Human Rights Watch.
The Supreme Court’s decision was not unexpected. Russian President Vladimir Putin, in a speech earlier this month, accused Memorial of supporting groups that are blacklisted as “as terrorist and extremist organizations.”
“Its violations were blatant,” he said. However, Putin did add that Memorial was “indisputably” one of Russia’s most “reputable” NGOs.
Journalists gather in front of a screen broadcasting an earlier supreme court hearing in the Memorial case on December 14.
Human rights groups and advocates for democracy have come under increasing attack in recent years.
Thousands of protesters were detained earlier this year for taking part in several demonstrations supporting Alexey Navalny, the country’s best-known opposition to Putin.
Demonstrations during the first few months of 2021 were met with a strong crackdown by police, including widespread arrests and an alleged disproportionate use of force.
But experts worry that shuttering Memorial could be a harbinger of worse to come for any groups that fall afoul of the Kremlin.
“It is difficult to overstate the urgency of ensuring that the two Memorial entities can continue their crucial work protecting human rights,” several rights groups, including Human Rights Watch and Amnesty International, wrote in an open letter published in early December. “Memorial is at the very heart of Russia’s civil society, and by targeting it, authorities are hoping to destroy Russia’s civil society at large.”
Jailed Kremlin critic Alexei Navalny appears on screen via a video link from prison during a court hearing, at a court in the town of Petushki some 120 kilometers (75 miels) outside Moscow, on May 26.
Mary Lawlor, the UN Special Rapporteur on the situation of human rights defenders, said in a statement earlier this month that a dissolution of Memorial would be “a new low for human rights defenders in Russia.”
“Just as its creation marked the beginning of openness in Russia, its closure might signal an end to this period,” Lawlor said.
“Their criticism of historical and contemporary human rights abuses has for many years made them the target of a government that is ever diminishing the space for public debate.”