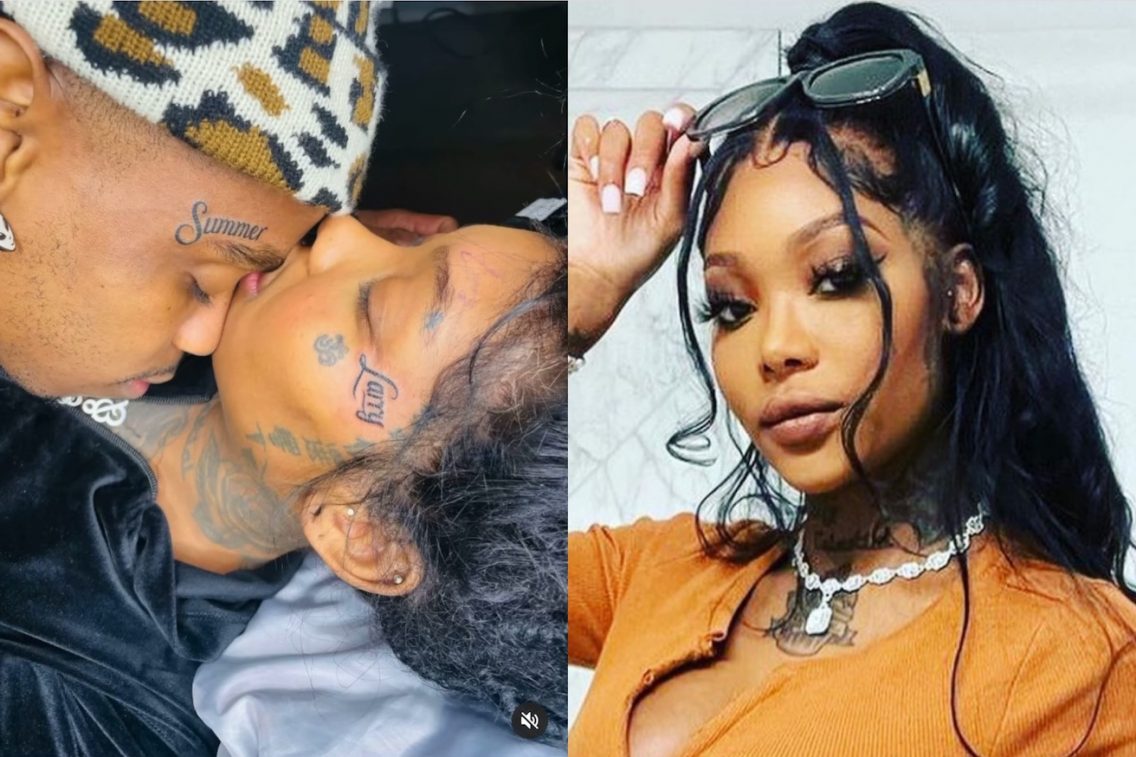 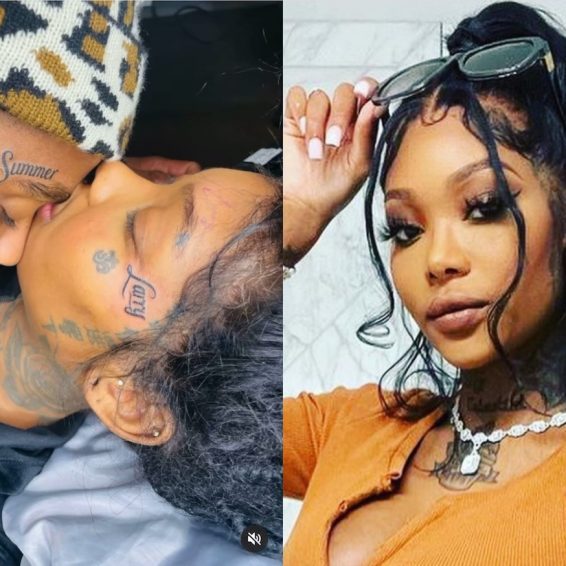 Summer Walker and her new boyfriend LVRD Pharoh are locked in for life, and they got the face tattoos of their names to prove it.

Today, social media is abuzz after Summer Walker stunned fans by revealing her latest ink. The R&B singer is currently dominating the R&B airwaves with her new album, Still Over It, racking up big numbers. She also has a newborn baby girl and a new man, so life is good, and she’s in love.

Considering she had a rocky past few months with her ongoing feud with her ex-boyfriend London On Da Track and his other baby mamas, which spilled over on the internet. While their beef provided good entertainment on social media, it also offered good content to write music. While all of that was unfolding, the songstress was quietly working on her new relationship with rapper LVRD Pharoh.

On Monday evening (November 22), Summer shared a photo of herself and LVRD Pharoh showcasing their new face tattoos of each other’s names. Pharoh tatted ‘Summer’ while she tatted ‘Larry.’

On the other hand, Walker praised LVRD for increasing her overall quality of life and putting her and her child first. “For someone to truly be emotionally & spiritually intelligent & invested in me,” she wrote, adding, “It’s new & it’s nice.”

This is also the first time that Summer Walker and LVRD Pharoh are making their relationship Instagram official since they started dating. The pair have been rumored to be an item for the past couple months after the “Girls Need Love” singer has been teasing photos of them together but never addressed the speculations until recently.

Cardi B Shares Inside Look Of Her Magnificent New York Mansion

Fans of the singer have been sharing their reactions on Twitter, and it’s clear where they stand. “That man can always just say he tattooed Summer on his forehead cause that’s his favorite season or sumn. In the event they break up how tf she gon explain “Larry” omg my stomach hurt,” one fan wrote.