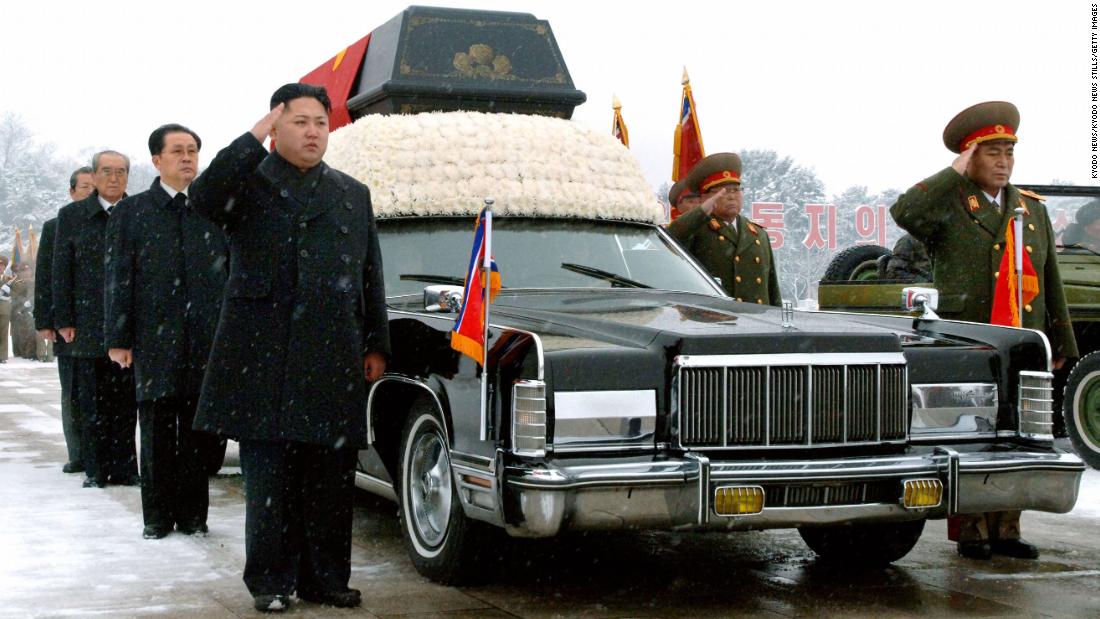 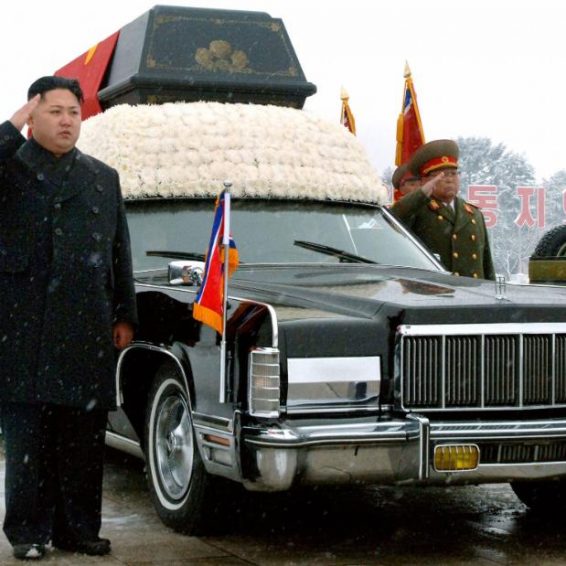 The pandemic forced Kim Jong Un into retreat. The world should brace for his resurgence

1 month ago·9 min read
ShareTweetPinShare
Home
World News
The pandemic forced Kim Jong Un into retreat. The world should brace for his resurgence
The content originally appeared on: CNN

Seoul (CNN)Ten years ago, the world watched as a young Kim Jong Un solemnly walked beside his father’s hearse on a snowy morning in Pyongyang as distraught North Koreans wailed in grief.

Kim’s long black coat and hairstyle, reminiscent of his late grandfather Kim Il Sung, were viewed as a superficial effort to emulate the authority of his forebears.
But the 20-something heir to the North Korean leadership quickly grew into the role, and Korea watchers who were once skeptical of his rule now expect him to remain in power indefinitely — assuming his health holds.
It’s a marked change from the early days, when Joseph Yun, former US special representative for North Korea, remembers Kim as an object of ridicule.
“For a while, there was so much negative caricature of Kim Jong Un in South Korea and in China, almost making fun of him. It was very difficult for the international public — South Korea and America — to take him seriously,” he recalled.
Read More
That view quickly changed as the young Kim displayed a ruthlessness and decisiveness that belied his age.
Kim Jong Un salutes beside his father’s hearse during his funeral procession in Pyongyang on December 28, 2011.
Kim did not hesitate to purge or execute even those closest to him in a bid to tighten his grip on power. His powerful uncle Jang Song Thaek, once presumed to be Kim’s mentor, was executed in 2013 for “trying to overthrow the government,” according to a state media report.
And, Kim’s older half-brother Kim Jong Nam, was assassinated with the nerve agent VX at Kuala Lumpur airport in Malaysia in 2017 while living in exile, though North Korea denied any responsibility for the brazen assassination.
Now, few question Kim’s authority, but some experts worry that his consolidated power could embolden him to take greater risks — and that, as Covid drives North Korea to become more isolationist, its leader will only become more dangerous.
Kim Jong Il’s funeral procession drives through Pyongyang on December 28, 2011.

The making of a leader

Kim Jong Un made his first public speech on the centennial of his grandfather Kim Il Sung’s birth in April 2012 — one of the most important dates in North Korea’s calendar.
It was a marked departure from the style of his father Kim Jong Il, whose voice was barely heard in public.
The young leader stood at the podium switching his weight from one foot to another like a schoolboy might do, as he delivered a speech promising to uphold his father’s dying wishes to build a strong socialist country.
Less than one year later, in February 2013, Kim Jong Un conducted his first nuclear test — the third in North Korea’s history — a provocative move interpreted as Kim’s message to the world, specifically to the US, that he was to be taken seriously. Around the same time, Kim announced his “Pyongjin” policy to simultaneously develop its nuclear program as well as the economy.
Over the next few years, North Korea dedicated itself to developing its military capabilities, not limited to intercontinental ballistic missiles (ICBMs). Various short and medium range missiles were also tested, and three more underground nuclear explosions were detonated.
North Korean leader Kim Jong Un waves from a balcony following a military parade in Pyongyang on April 15, 2017.
“The diversification we’re seeing in North Korea is puzzling considering the constrained resources in the country,” said Ankit Panda, Stanton Senior Fellow at the Carnegie Endowment for International Peace. “What we see is really more than 10, around 15, potential nuclear delivery systems under development. It’s really remarkable.”
Beyond developing the country’s military, Kim has also achieved a diplomatic victory that neither his father nor his grandfather could achieve in their much longer rules — a summit with a sitting American President.
Kim met then US President Donald Trump in Singapore in 2018 in a meeting billed as opportunity to forge new relations between the nations. During his trip, Kim walked freely around downtown Singapore waving at people, something that would have been unthinkable for his father or grandfather whose public appearances were always meticulously managed.
Yun said that Kim’s meeting with Trump signified that he was “coming out, establishing himself that he was a regional leader that has a place in this scene.”
Kim Jong Un met then US President Trump in Singapore on June 12, 2018.
A series of summits with world leaders, including Trump, Chinese President Xi Jinping, Russian President Vladimir Putin and South Korean President Moon Jae-In, produced few tangible outcomes and made little progress on resolving North Korea’s nuclear issue, but they raised the global profile of both Kim Jong Un and North Korea.

By the time Kim was endorsed as “General Secretary” at the 8th Congress of the Workers’ Party of Korea in January, portraits of his father and grandfather had been removed from walls of the venue, according to images of the event published by state media.
Experts and South Korea’s Unification Ministry see their removal as a sign that Kim is reaching the level of his predecessors.
South Korea’s spy agency briefed the country’s lawmakers that North Korea has begun using the neologism “Kimjongunism” internally. Reports about Kim’s excellence, even to the level of idolization, have emerged in state media.
This month, the regime’s Central News Agency (KCNA) described Kim as “the outstanding teacher brightly indicating the path… with his unique ideological and theoretical wisdom.”
Cheong Seong-chang, director of Center for North Korean Studies at the Sejong Institute, sees these reports are a deliberate strategy by North Korea to differentiate Kimjongunism from the ideologies of Kim Jong Il and Kim Il Sung.
He says Kimjongunism prioritizes people, unlike his father who placed military development above all else. Kim’s policies also call for patriotism and the building of the North Korean state, a departure from his grandfather’s ambitions for a socialist state lifted by a collective desire for self-sufficiency.
Duyeon Kim, Senior Fellow at the Center for a New American Security, says Kim seems to be trying to chart his own path. “He certainly seems to be trying to come out of the shadows of his father and grandfather and bring all the attention on him,” she says.
Kim Jong Un has emerged as a leader in his own right.
But this is not a unique move by Kim Jong Un, according to Cheong. He says Kim’s grandfather, who had unconditionally accepted Marxism-Leninism early in his rule, moved toward pursuing his own independent line in his 10th year, and Kim Jong Il began promoting his ideology alongside the Juche or self-reliance ideology of Kim Il Sung in 1985, 11 years after he took power.
But unlike his predecessors, who had painted the picture of a paradise on Earth and did not acknowledge any shortcomings, Kim has been willing to admit to areas for improvement such as the nation’s “tense” food situation.
The next decade will be crucial for Kimjongunism as Kim seeks to fulfill his promise to improve people’s lives despite being constrained by strict international sanctions. Unlike his predecessors, Kim has encouraged a mix of a market economy — which allows people to make profit — with a planned economy that caps individual gain.
However, the unexpected global pandemic may be the biggest challenge in the pursuit of Kimjongunism. North Korea’s borders have been shut for nearly two years since the beginning of the pandemic, blocking almost all trade and humanitarian aid.
North Korea has a chronic food shortage of about one million tons every year, according to the South Korean government. South Korea’s Unification Ministry has said that some food related items are showing “a steep rise” in price and “the volatility of food and daily necessities overall is increasing as the border closure situation prolongs.”
“The biggest difficulty North Korea is facing now is that even North Korea does not know how long this isolation will last,” said Cheong.
North Korea unveiled what analysts believe to be the world’s largest liquid-fueled intercontinental ballistic missile at a parade in Pyongyang on October 10, 2020.

What does this mean for the world?

North Korea hasn’t tested any missiles since this October. But this hiatus should not be mistaken for a change of North Korea’s strategy — it may mean the opposite, experts say.
Some experts believe the pause may be linked to China’s important agenda next year — the Beijing Winter Olympics and the 2022 Communist Party Congress.
“China doesn’t want any mess before the Beijing Olympics nor an unstable situation on the Korean Peninsula before their own congress, so I think that’s a key reason why North Korea has not done any missile testing or nuclear testing because it would tremendously displease China,” says Yun, the former US special representative for North Korea.
It’s expected North Korea will continue to work on plans laid out by Kim this January, including developing tactical nuclear weapons, hypersonic missiles, a solid-fueled ICBM, a nuclear-powered submarine and underwater-launch nuclear strategic weapons.
And there are signs the country is ramping up its nuclear program while talks with the US remain stalled. Activity appears to have resumed at a reactor at its main nuclear complex in Yongbyon, which appeared to have been shut down since December 2018, according to reports from the International Atomic Energy Agency (IAEA) and others.
“Historically, the development of the DPRK’s nuclear and ballistic missile programs have accelerated during periods when the country was not bound by any agreement with — or involving — the US to constrain the country’s WMD programs,” says Laura Rockwood, director of Open Nuclear Network, and former section head for Non-Proliferation and Policy Making at the IAEA.
North Korean soldiers ride atop armored vehicles during a military parade in Pyongyang on October 10, 2015.
While Trump agreed to the Singapore summit with few strings attached, US policy towards North Korea has generally insisted on the precondition that North Korea commits to denuclearization.
However, Rockwood adds it would be more productive to engage in negotiations with North Korea with the view to arms control as a first step, before any progression to potential denuclearization.
Unfortunately, North Korea is not at the top of the agenda in Washington at the moment.
The seemingly stable situation of the regime under Kim’s strong grip on power could lead the Biden administration to think that it can focus on other, more imminent issues in the region, China and Taiwan.
But experts warn of the consequences of not engaging with the North more actively, as it continues to build its weapons capability.
“The challenge for North Korea is growing month by month, year by year, and the challenge we’ll be facing five years down the line is going to be significantly different,” says Panda, from the Carnegie Endowment for International Peace.
One thing seems increasingly certain and that is Kim looks set to be around for a while, as a confident leader and as a tougher dictator to deal with for the world.
“As long as his physical health holds up, I think he’s in it for the next few decades,” says Duyeon Kim, from the Center for a New American Security.
“And so this is where the long game really is important for us to remember — that even if North Korea does not make big strides in achieving its goals immediately or in the mid-term, North Korea has always been resilient even in the harshest of economic times.”