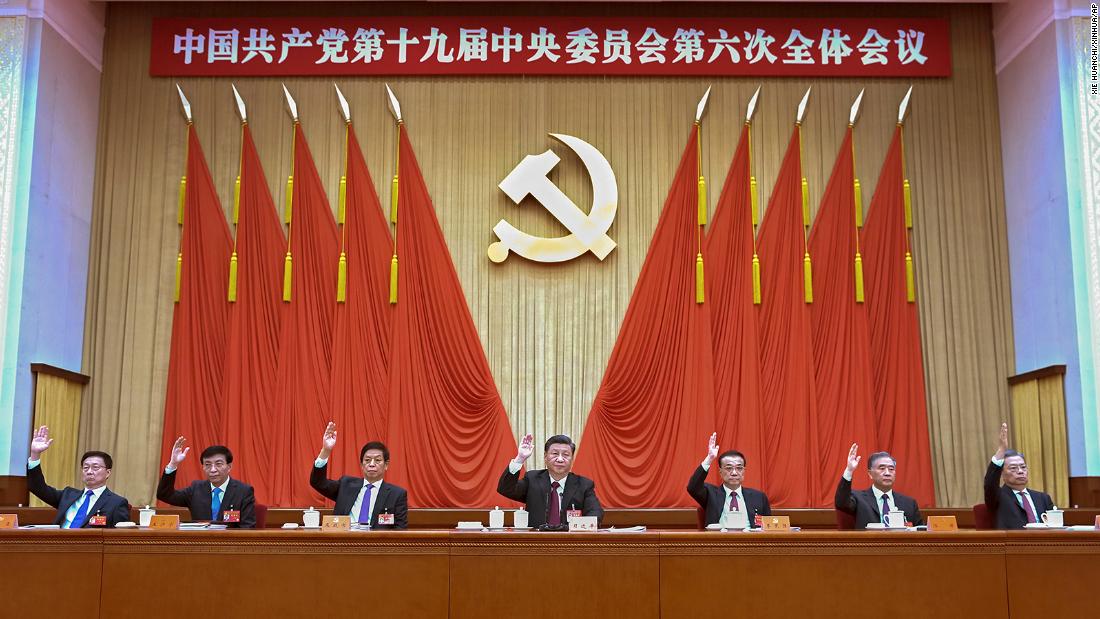 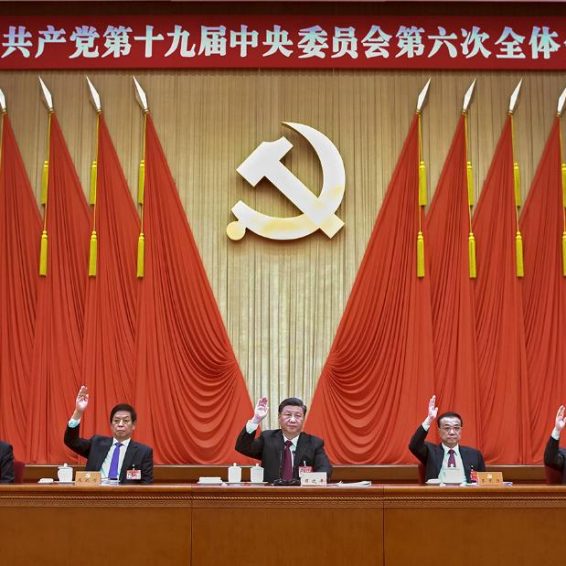 3 weeks ago·3 min read
ShareTweetPinShare
Home
World News
Xi has cemented his power in China. Now he’s ready to meet Biden virtually
The content originally appeared on: CNN
Senior officials on Thursday approved a resolution on the party’s “major achievements and historic experiences” since its founding 100 years ago, placing Xi on the same pedestal as the nation’s founding father Mao Zedong and reformist leader Deng Xiaoping, who unleashed an economic boom that turned China into the world’s second-largest economy.
And with this elevated stature and undisputed rule within the authoritarian, one-party state now established, Xi is preparing to sit down with United States President Joe Biden in a virtual meeting Monday — the first between the two leaders since Biden entered the White House in January.
By consolidating his position at home and attempting to build bridges with Biden, Xi is hoping to smooth a path to next year’s 20th Party Congress, during which he is expected to claim a third term — extending his time in office by at least another five years.
The scheduled talks with Biden come amid intensifying competition and heightened tensions between the two superpowers across a number of fronts, as well as China’s deteriorating relations with much of the developed world and a growing list of its neighbors.
Read More
On Thursday, Xi warned Asia-Pacific nations against a return to Cold War-era tensions, in a veiled reference to the Biden administration’s efforts to rally allies and partners in the region to confront Beijing’s rising influence.
“The Asia-Pacific region cannot and should not relapse into the confrontation and division of the Cold War era,” Xi told the Asia-Pacific Economic Cooperation forum in a recorded video. “Attempts to draw ideological lines or form small circles on geopolitical grounds are bound to fail,” he said.
Xi has built his domestic legitimacy around a vision of “the great rejuvenation of the Chinese nation,” which vows to restore China to its ancient glories and rightful place on the world stage.
Since the pandemic, the Chinese leader has doubled down on a narrative that “the East is rising and the West is falling,” touting an “unprecedented window of opportunity” for China to catch up with — if not surpass — the West in national strength.
And the historic resolution adopted at the party’s plenum this week has anointed him with the legitimacy as the only leader supposedly capable of steering China to achieve that ambition.
Under Xi, the meeting’s communique says, China has “made historic achievements and undergone historic transformations,” solving tough problems and accomplishing grand things that were long on the agenda of his predecessors but could never get done.
The communique did not address any of the complex challenges faced by Xi’s administration, from a looming demographic crisis and slowing economy to Beijing’s plummeting international image over its harsh crackdowns on Xinjiang, Tibet and Hong Kong, military posturing toward the self-governing island of Taiwan, and an increasingly assertive foreign policy.
Instead, it heaped glowing praise on the perceived progress made under Xi’s leadership, from what it characterized as the elimination of poverty and containment of Covid-19, to reshaping ideology, modernizing the military and lifting China’s global influence.
In the communique, Xi is portrayed as an epoch-making leader alongside Mao and Deng, the only other two Chinese leaders who had put forward such resolutions. Under Mao, Deng and now Xi, the Chinese nation has “ushered in a great leap from standing up and getting rich to becoming strong,” it said.
“He wants to really highlight his own contribution to the development of the party, that also will seal his legitimate rule over China in the foreseeable future,” said Victor Shih, an expert on elite Chinese politics at the University of California, San Diego. “Then of course, no one would challenge his power within the party.”
The communique, however, also left out any mention of the party’s past mistakes, including a deadly famine and a decade of political and social turmoil unleashed by Mao — disasters partly caused by the fervent cult of personality surrounding him.
After decades of collective leadership following Mao’s death, Xi has returned, at least in part, to the one-man rule of the Mao era.
“Now we are back to the strongman politics,” said Jean-Pierre Cabestan, a professor of political science at Hong Kong Baptist University.
“The danger, of course, (is to rely) on one person to make decisions, but also rely on his health, on his own character to decide about the future of a nation of 1.4 billion people,” he said.
And when there’s only one person in power, there’s just one person to blame when things go wrong.