Corporate Heavy Weights To Be Honoured At Invest Caribbean Now

CaribPR Wire, NEW YORK, NY, Tues. June 3, 2014: Five top corporations serving the Caribbean region as well as the man who built a tourism empire from the ground up, will all be honoured in New York City tomorrow, June 4th, as Invest Caribbean Now 2014 gears up for its fourth presentation and awards reception.

This year, DHL Caribbean is being presented the Service Excellence Award  – Logistics for its commitment and investment in the Caribbean region and for providing Caribbean customers with quicker courier service while Trinidad & Tobago-based bank, First Citizens, will receive the Service Excellence Award – Banking for its excellent service, investment and commitment to the Caribbean region and the world, in the field of banking and for being one of the highest-rated indigenous financial institution in the English-speaking Caribbean.

DHL’s Caribbean team, led by Managing Director Reiner Wolfs, will be on hand to accept the award at the ICN event in the Cambridge Room at the Harvard Club of New York from 4-6 p.m. tomorrow while First Citizens Investment Services general manager, Jason Julien, and assistant general manager, Sana Ragbir, will accept on behalf of the bank.

HBO Latin America’s 10-member team, led by Javier Figueras, corporate vice president of Affiliate Relations, will receive the ICN 2014 Alliance Award for its commitment to partnership and expansion in the Caribbean region, including with TiVi S.A. – the fast-growing television provider in Haiti while One Caribbean Television’s team, led by founder Brian Lilly will be on hand to receive the ICN Media Visionary Award for its commitment to the region by its service to over millions of Caribbean nationals daily.

The ICN 2014 Visionary Award for showing strategic decision to expand into a much needed inter-regional carrier in the Caribbean region, will be presented to interCaribbean Airways’s team, led by Chairman Lyndon Gardiner while the prestigious 2014 ICN Leadership Award will be presented to the Hon. Gordon ‘Butch’ Stewart, OJ, CD, Hon. LLD, Chairman of Sandals Resorts International for commitment and dedication to the Caribbean region and its people.

Stewart along with Sandals CEO, Adam Stewart and a six-member delegation will be on hand to accept the award.

Meanwhile, Hollywood actor Malik Yoba will bring greetings to delegates while One Caribbean Television’s Joey Stevens and his side-kick Bob will emcee the ceremony.

The awards presentation and high powered networking reception will wrap up the summit that will kick off in the Harvard Hall of the Club at 11:30 a.m. tomorrow with emcee, WNYW-TV Emmy-winning news anchor, Ernie Anastos; a prayer of prosperity by Rev. Dr. Belgrave Pelle, Dean of the Anglican Church of America; a New York State Welcome by Claire McLeveighn, Vice President of Trade and Investment at Empire State Development and a Beijing Welcome by Dr. Ma, Lin, Deputy Secretary-General of Beijing Municipal Government.

Additionally, the first half of the event will include an opening address by ICN founder and chairman, Felicia J. Persaud; a keynote address by Harvard graduate Dr. Isaac J. Newton, of Paramount Communications Consultancy; a spotlight on specific investment opportunities in  Trinidad & Tobago with  Minister of Trade, Industry, Investment and Communications, Sentor Vasant Bharath; an investment announcement on the Caribbean Market Village of  St. Lucia and a focus on ‘Advancing Wealth In The Caribbean With Technology,’ from Trinidad-born, LA resident, Anthony Wellington Phills, branding specialist of Disney’s ‘Million Dollar Arm’ and founder of Caribbean Commerce Magazine/Media, Calypso Cloud and Blinglet Inc.

For more log on to ICN’s summit page at Investcaribbeannow.com. This year’s Summit will be live tweeted at twitter.com/InvestingCarib using #investingcarib. Additionally fans can follow the summit at Facebook or facebook.com/investcaribbeannow 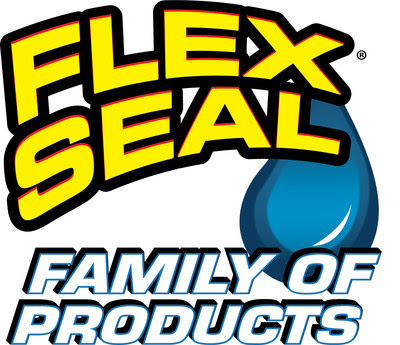